Introduced in 2014 by Ian Goodfellow, Generative Adversarial Networks (GANs) have taken a center stage of recent Deep Learning discoveries. In fact, Yann LeCun, who pioneered CNNs, describes GANs as “the most interesting idea in the last 10 years in Machine Learning”.

GANs are a generative model. They use unsupervised learning to learn the underlying structure of given data to generate their own synthetic data of the same type.

A GAN consists of 2 models, a Generator and a Discriminator, both of which are generally modeled using Neural Networks. It’s suffice to say the essence of a GAN is the adversarial relationship between these 2 networks.

The Generator and Discriminator are analogous to an art forger and a detective, respectively. The art forger is tasked with creating artwork that could pass as the original. While the detective’s purpose is to find the fraudulent artworks by discovering discrepancies between the original and fake. 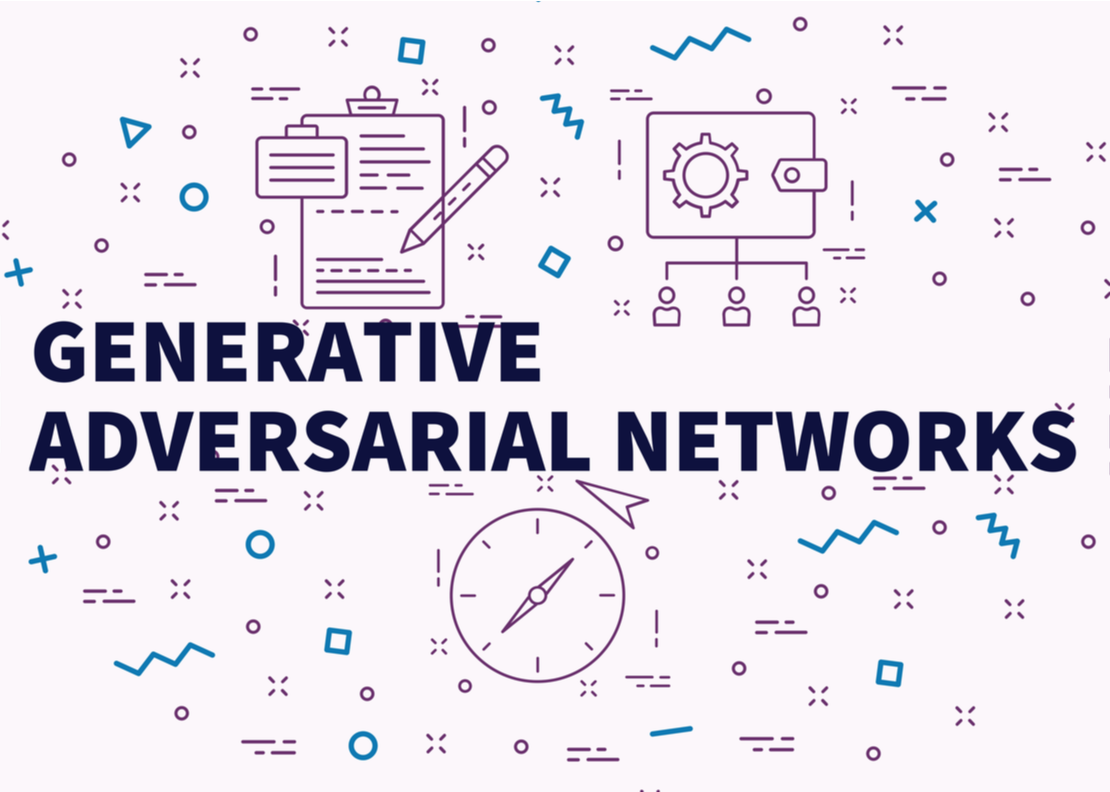 Let’s walk through the training process for a basic GAN.

GAN training consists of training the underlying generator and discriminator neural networks. In general, we know that neural networks are trained by finding the optimal weights that map the input neurons to the desired output through a process called backpropagation.

Our generic definition certainly holds true for the discriminator. 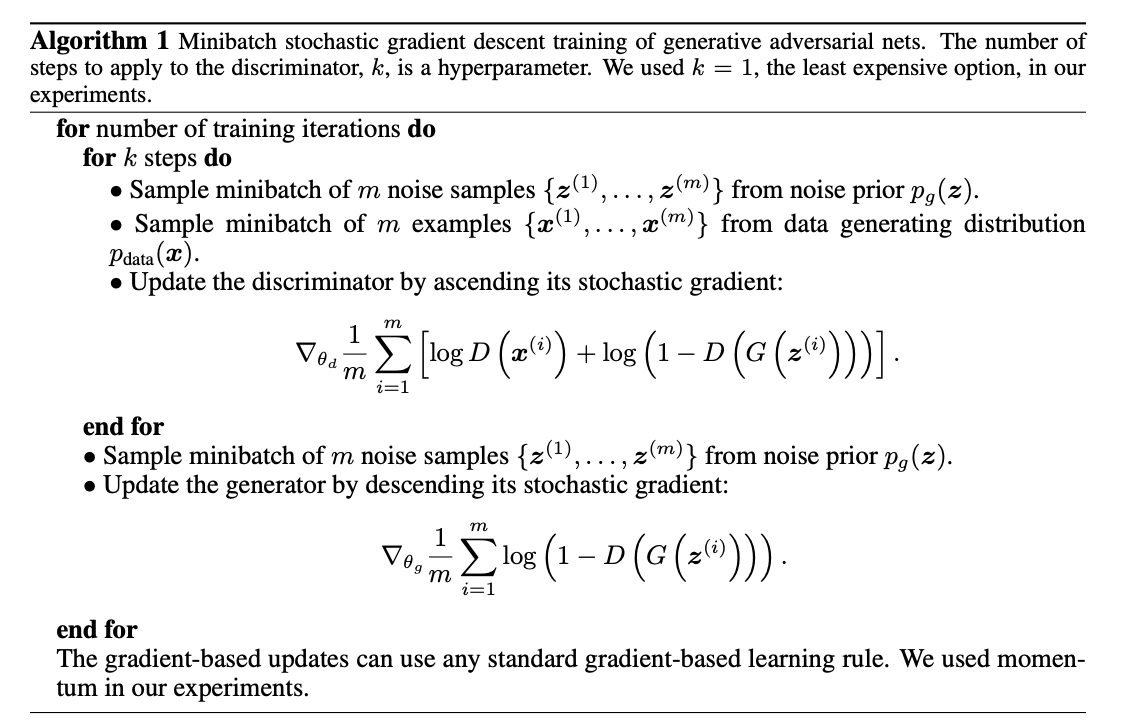 We consider the following 4 papers as “must reads” to understand the current landscape of GANs.

The GAN is built as follows:

The authors prove the effectiveness of the approach by running a series of image classification tasks, showing competitive performance with other unsupervised algorithms.

Additionally, the paper shines light on some of the internal workings of the generator and discriminator. They explore the latent space, visualize the inner layers/features of the discriminator, and manipulate generator features to control its output.

cGANs provide a really interesting adaptation of the vanilla GAN. This architecture provides additional input to the generator and discriminator, generally a one-hot encoded vector, to specify the class/label of the generated output.

The paper provides MNIST as a PoC, encoding each of 10 digits and generating each one deliberately with great accuracy.

The following illustrates the structure of the cGAN. As you can see, a vector y is fed into both the discriminator and generator as an additional input layer. 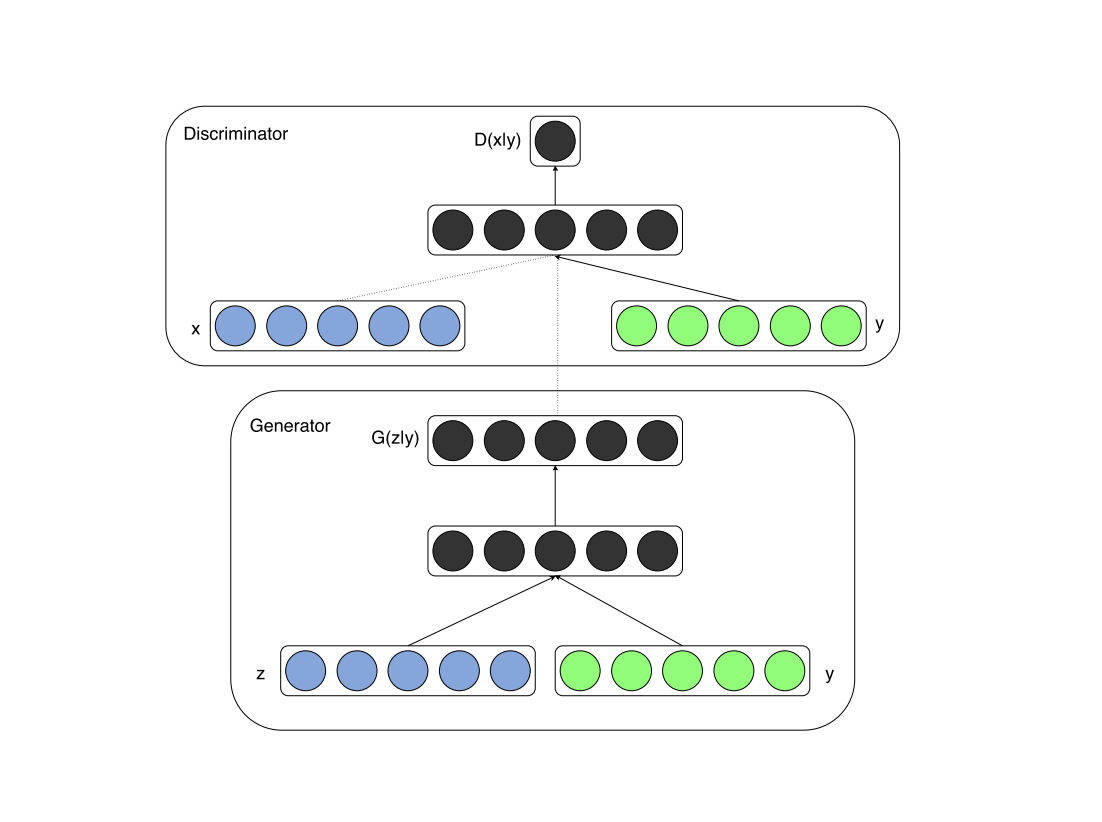 NVIDIA’s Style Generative Adversarial Network (StyleGAN) introduced extensive changes to the generator model in order to generate hyperrealistic, high-quality photos of faces while also allowing for control over the quality and style of the output.

StyleGAN uses the progressive growing GAN technique (PGGAN), which upscales the discriminator and generator models incrementally during the training process.

While research techniques at the time had explored the discriminator model, the generator “continue[d] to operate as [a] black box.” The author’s explain that they hoped to better understand the image synthesis process and the corresponding latent space that took place in the generative process. They coupled PGGAN’s iterative introduction of layers with corresponding features. Thus, the lower the layer (and the image quality), the courser the features. This concept, along with several additions made StyleGAN one of the best performing GANs.

Images generated by StyleGAN from GitHub

StyleGAN2 was developed subsequently to fix common issues with its predecessor.

Namely, StyleGAN2 removed water droplet type objects that would appear in StyleGAN images. Secondly, StyleGAN2 improved the “phase” of generated images - solving an issue where parts of the image would be misaligned contextually. Lastly, StyleGAN2 was able to further improve image quality as well using new techniques to condition the latent space.

A majority of GAN models are built to generate synthetic data, converting noise to a discernable image or other output. Pix2Pix is an outlier. The Pix2Pix GAN is a model for doing image-to-image translation. Image-to-image translation can range from changing the time of day in photographs to translating a sketch into an actual image. To accomplish this, Pix2Pix builds on the cGAN as it takes an additional constraint - an image - to create the desired output image as seen below.

Try it out yourself with the following interactive demo - https://affinelayer.com/pixsrv/

CycleGAN also solves an image-to-image translation problem. The model allows for a new synthetic image to be generated with a specified modification to an input image. This problem could also be solved with a supervised deep learning model, however this would require a paired dataset for the model to understand the input/output. However, CycleGAN employs the unsupervised GAN model to generate modified images without a paired dataset.

There are a few common challenges associated with GAN training. These challenges are also described in more detail here.

It’s easy to think of Mode Collapse as if the generator is becoming “lazy”. When the generator creates one or a few very similar data points that happen to be the most plausible to the discriminator, the generator will learn to only produce those points.

This generally happens when the discriminator reaches a local minimum and is thus not able to distinguish between the fake and real data. Without feedback to adjust from the discriminator, the generator will keep generating similar output.

This is another prevalent problem for GANs. There is no guarantee that the gradient updates provided by the discriminator will result in convergence. Ideally, the GAN will reach a Nash equilibrium, the optimal point to the following equation.

The Variational Autoencoder model shares similarities to cGANs as they can both be used for conditional image generation using an adversarial approach. While the authors who developed the model did not reference GANs, they share many features. The encoder is a convolutional neural network trained to generate parts of an image given the surrounding context.


This article was written as part of a data science internship. We hope you found the content as valuable as we did.

If your organization is interested in implementing GANs and/or has questions about this article, please contact us at info@A42Labs.io. 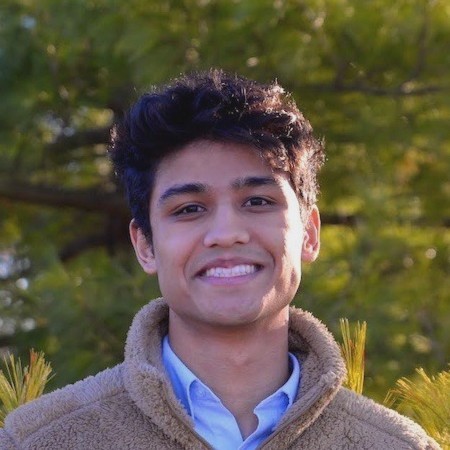 Kabir Doshi is a passionate computer science student at Georgia Tech who is fascinated by machine learning and its many applications.

During winter 20/21 Kabir joined A42 Labs for 5 weeks as a data science intern.